Song of the Fallen 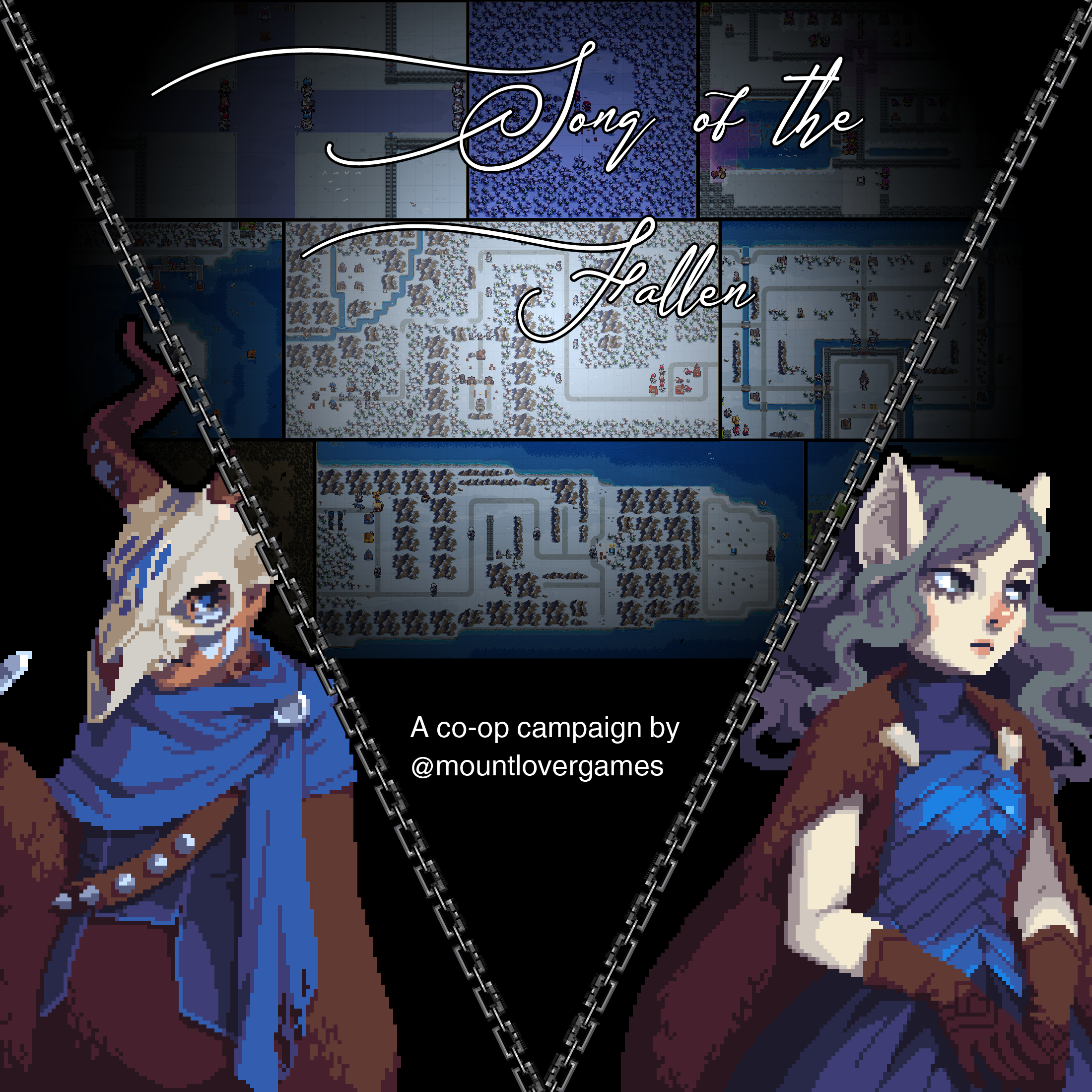 Version 0.5.3 of my 2P co-op campaign, "Song of the Fallen"! Currently has 9 maps. The aim is to make something as big in scope as the vanilla campaign, but a (lore friendly) prequel/alternate telling of the world of Aurania with co-operatively focused maps that aim to progressively teach the game mechanics, so that even players totally new to Wargroove can enjoy it.

If anyone'd be so kind as to help me test it, I'm always open to feedback or bug reports. Livestreams or recordings help a ton!

The game doesn't categorize custom campaigns into the "multiplayer" category, unfortunately, so until Double Trouble is released you have to select it from the "single player" menu, which means local coop only. Unless you're on PC, of course, in which case you can use Parsec (parsecgaming.com) or Steam Play Together to play online with a friend (we used Parsec for the playtest in the vod).

0.5.1 - Fixed a bug in Mission 5 whereby Villager events would not trigger at all

0.5.2 - Big changes to Mission 5: Merfolk spawns are now completely random, but spawn half as frequently. Opening/closing gates and sending gold now happens immediately, as opposed to at the end of the turn. Added Objective changes and an S Rank Failed notifier