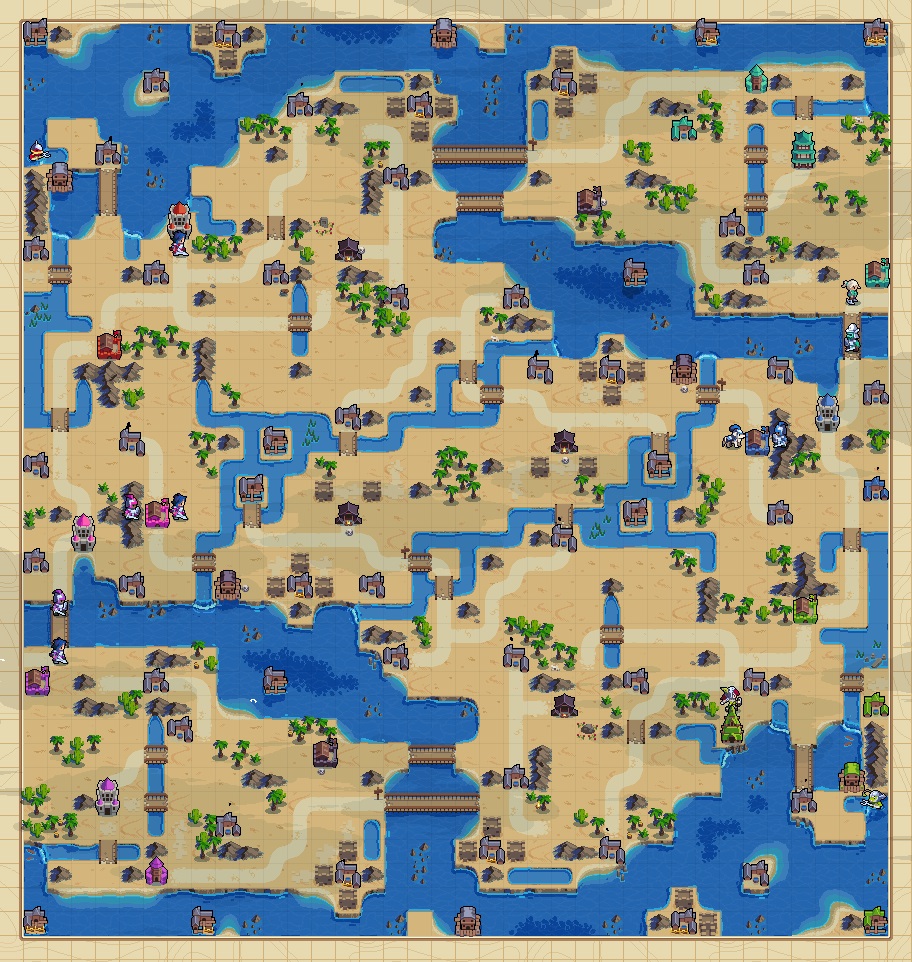 Few of you would already knew it about, since version 3 was published a year ago. With the addition of DT buildings and units, I felt it was a good moment to revisite, improve and polish it. This is the 5rd version, and is candidate to be the final one.

A brief resume about how the map works:

Its a conventional 3v3 coop map against the AI with a few extras. First, the AI has a slight initial advantage which also fixes some bad behaviours by not capturing some properties, and can use three commanders in succession (each time you defeat one, the next will arrive next turn). You can still win by either destroying their castles or the three commanders. Second, some capturable production buildings starts owned by bandits, so you have to remove them first in order to gain its control. And last, a feature called "Treasure villages". There are a few hard to reach villages around the map which provides a bit extra income for the owner.

The players are placed on the left part and each one has a role. The northern one has strong naval pressence, the middle one will find out the center of the map being well suited for thiefs and mermens, and the southern player is the only one with access to air units, and with them to some extra treasure villages unavaiable if not using a balloon

Im not lying about it: the map nearly got a 60% score in its 3rd version. The weak point is the difficulty of finding 3 players to play a very long map. However, with public rooms recently implemented, a considerable DLC-ready improvement, the possibility to set up AI for missing slots and my ability to not give up on dreams, its now up to you to enjoy the map as much as I do creating it.

PS: Please be free to express your opinion, vote ingame if you may, and spot symmetry errors (if any). Thank you all for your time!